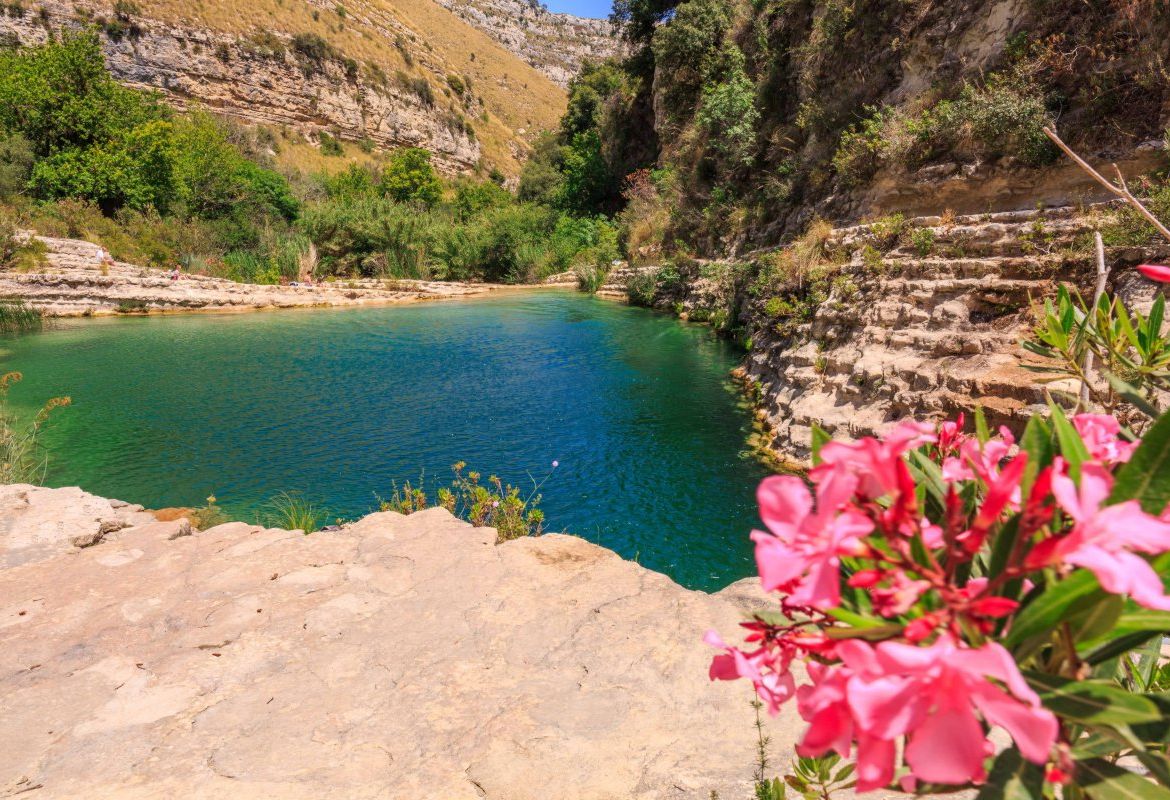 The Cavagrande del Cassibile nature reserve is a corner of natural paradise between the cities of Avola, Noto and Syracuse, in south-eastern Sicily. The area extends for over 2700 hectares and was officially established as a reserve in 1990. The aim is to preserve the various riches of its territory from a naturalistic-landscape, archaeological and anthropological point of view, given that the whole area has been inhabited over the millennia and there are significant testimonies in tombs and finds. The author of this splendid Canyon is the Cassibile river (from the Greek Kakyparis) which over the millennia has dug the limestone rocks typical of the area. The river arises a few kilometers from Palazzolo Acreide, a mountain town in the province of Syracuse, and then flows into the seaside areas between Fontane Bianche and Avola about 20 km south of Syracuse, exactly at the Marchesa of Cassibile. The Canyon has different depths that reach a maximum of 507 meters in the belvedere area of ​​ancient Avola, with very narrow poits, reaching a maximum of 1200 meters in width. In the valley bottom a system of small waterfalls and small lakes has formed, characterized by green and crystalline waters (locally called uruvi). On the north side it is possible to observe a small agglomeration of cave dwellings commonly known as Grotta dei Briganti. At the edge of the reserve, to the north-east, there are various ancient necropolises, in which rich grave goods and ceramic material have been found.

If you are lovers of uncontaminated nature, breathtaking views and a regenerating river during the summer, you can only indulge in trekking at least once, to reach the Cavagrande del Cassibile Nature Reserve. Remember, however, as a classic Sicilian saying goes: Ogni scinnuta è un’acchianata! An ironic saying to remind you that the pleasant walk you have going downhill into the valley, will be followed by a hard way back uphill.

There are several entrances to the reserve, the most known one is called ‘Scala Cruci’ located in the scenic area of ​​Avola Antica. The second best known access is the Prisa – Carrubella one, equally spectacular. Traveling along it you can admire a breathtaking landscape with a small lake known as

“uruvu tunnu” (round lake), a beautiful plateau and lush nature. Entrance to the reserve is free. For info contact the Provincial Forestry Company of Syracuse.

How to get there:

To reach the main entrance of the area, take the A18 highway toward south, take Avola exit and continue along the SP 4 until you reach the entrance to the reserve. 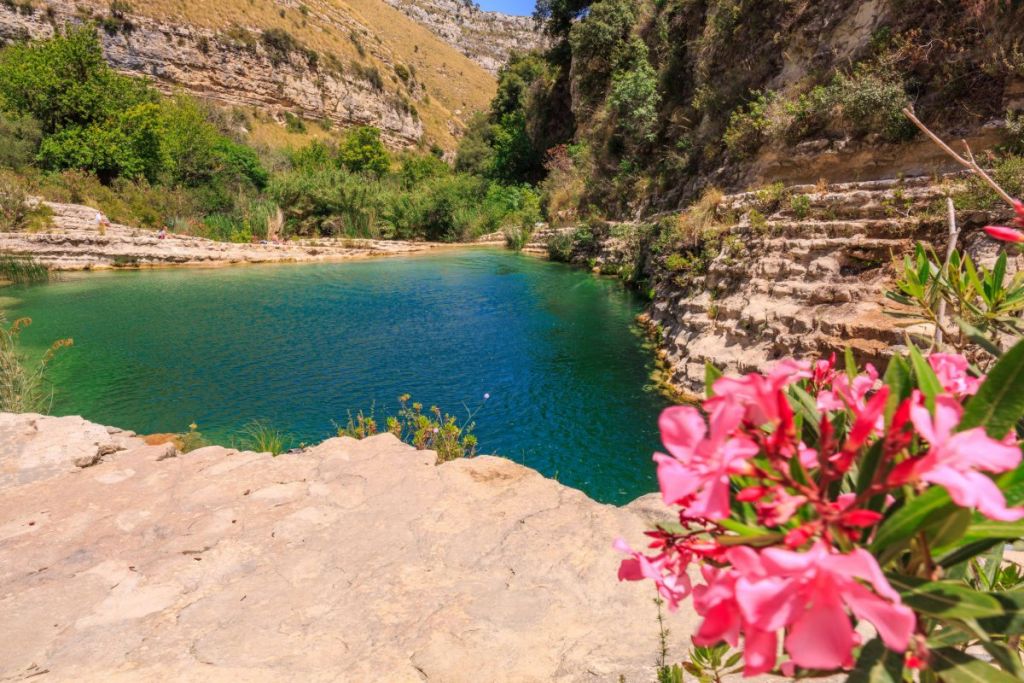 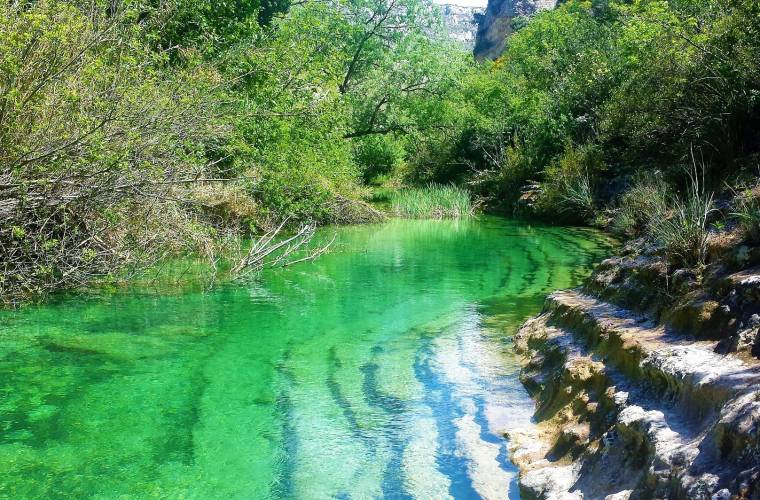 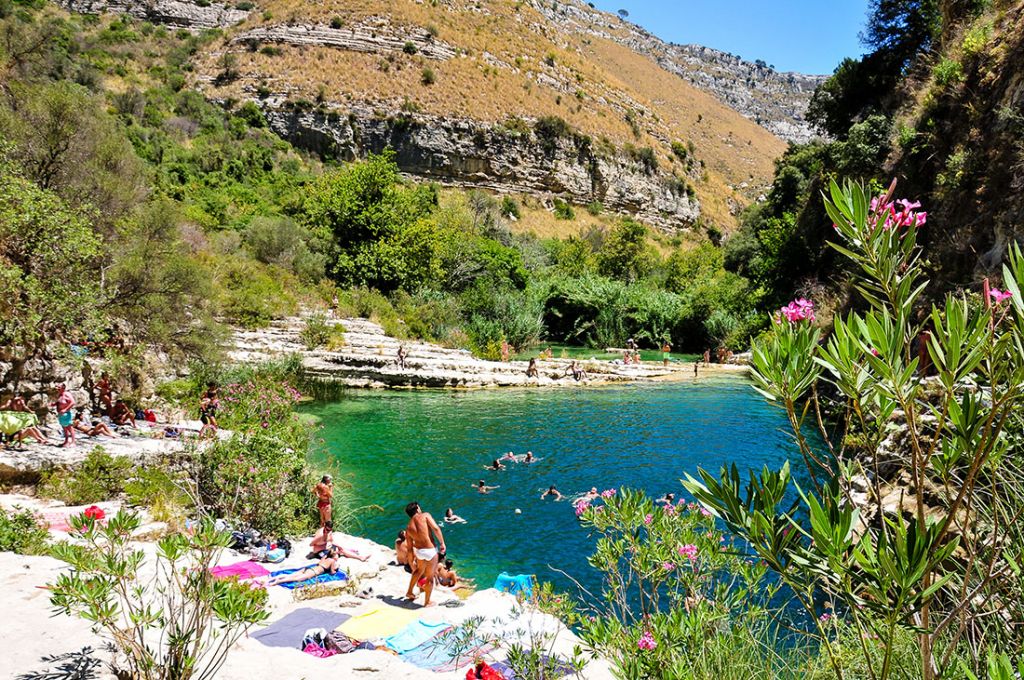 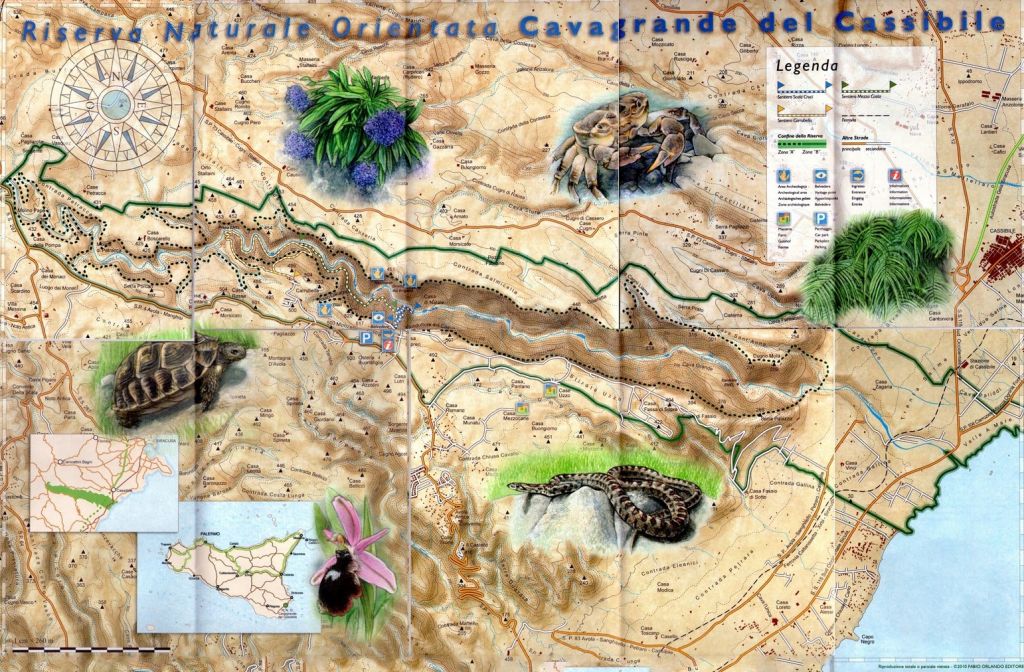 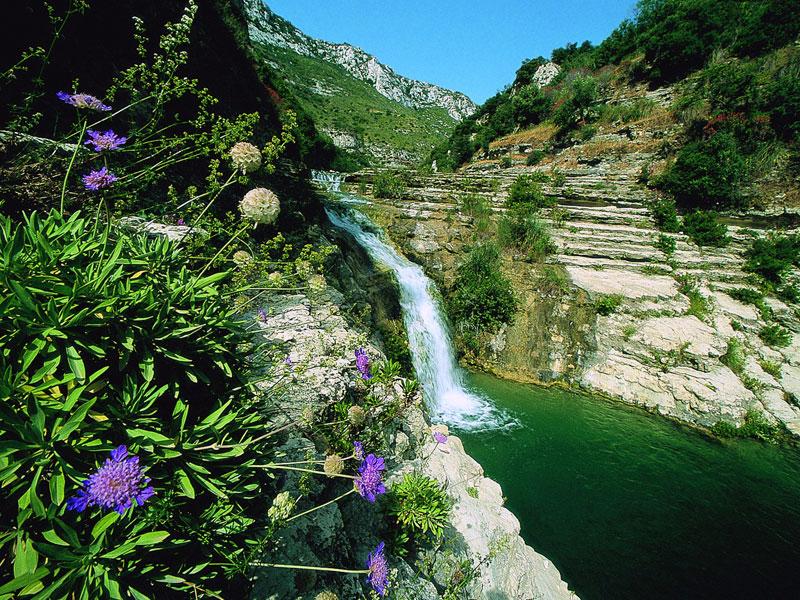 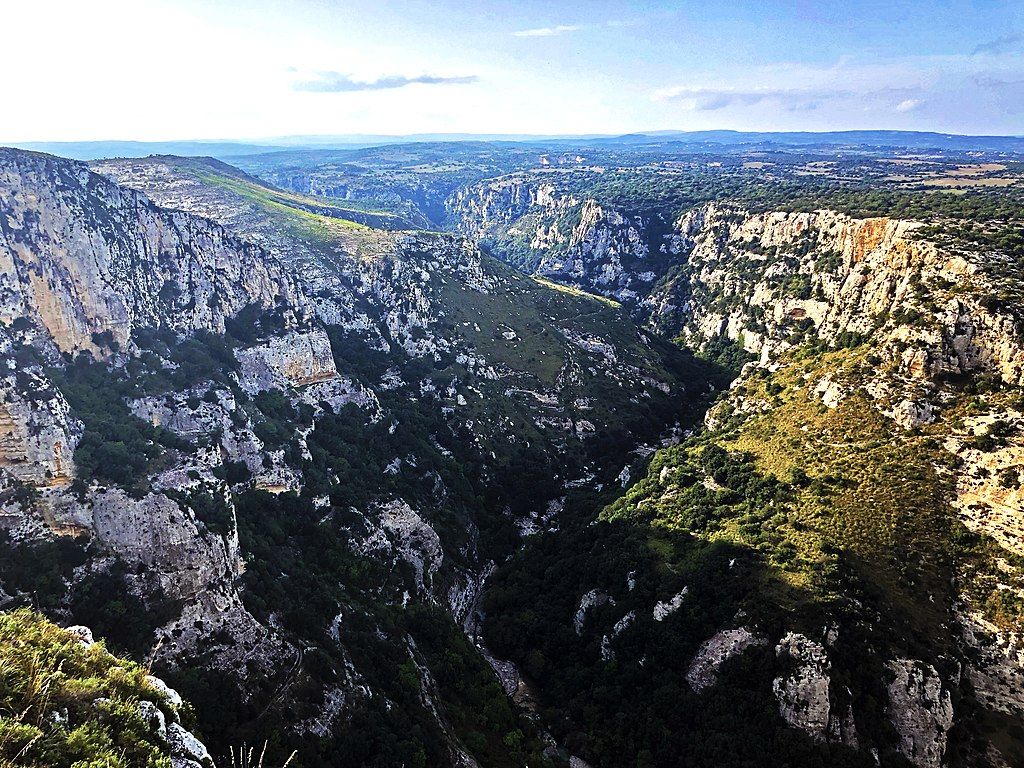 Category: Interesting Places
We use cookies to give you the best experience. By continuing to visit our website you agree to our use of cookiesOkFind out more